Outdoor Adventures for the Disabled 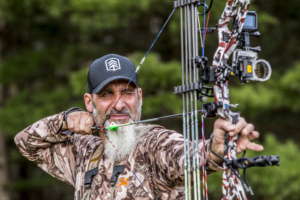 Matt Guedes has more than twenty years of experience in the outdoor industry. His extensive background in this field serves him well as the Executive Director of Camp Freedom.
For over 11 years, Matt has owned a hunting consultant business. Journey Hunts has paved the way for hunters and their families to encounter the outdoors in a memorable experience. He leads his staff to assist clients to have a hunt of a lifetime and enjoy the journey along the way.
Matt is an outdoor writer, pro-staff hunter, and sponsored hunter who has pursued various game in nine countries on five different continents.
Matt has been a business consultant for several businesses in need of leadership and direction. He also named, created, and hired upwards of 70 personnel in developing a multi-million dollar recycling company which he managed for three years.
Matt graduated from Dickinson College in 1991 with a Bachelor’s Degree in Political Science. He also served as an officer in the United States Army for 3 ½ years. Matt has pastored three churches for over 24 years in the ministry. He has been married for 25 years and has been blessed with three children. 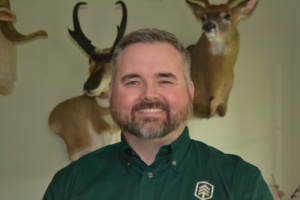 Jamie Byrd grew up hunting and fishing in the rolling hills of Western Kentucky.  After the tragic events of 9/11, Jamie decided to join the U. S. Coast Guard.  He began his career as a Gunners Mate and later transitioned to a Maritime Law Enforcement Specialist.  Jamie served for 13 years until he sustained a career ending injury in 2013.  During his time in recovery and rehabilitation, he formed strong bonds with the Navy Safe Harbor program as well as the Wounded Warrior Project.  Because of their support and assistance, Jamie was able to transition to a civilian career and medically retire in 2015.
After leaving the service, Jamie worked in a various positions; all with a focus on helping others.  He worked as manager for a non-profit organization, a trainer in a corporate position, and as a Human Resource Manager in a retail setting.  Jamie takes pleasure in hunting, fishing, shooting, and 3D archery.  He enjoys spending his time with his family and camping.
Jamie is a Global War on Terrorism Veteran with multiple awards for outstanding performance and professionalism in the United States Coast Guard.  His educational career was completed through American Military University where he earned a Bachelor of Arts in Management in 2015 and a Master of Business Administration with honors along with a professional certificate in Human Capital Leadership in 2018.  Jamie has been married for 15 years and has been blessed with two children, Aiden and Brennan. 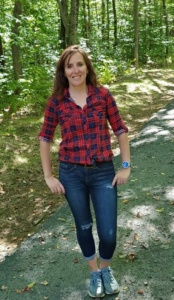 Bridget is a native of Northeast Pennsylvania and loves the outdoors. She grew up in a family with strong military roots and a deep-seated respect for those that have served our great country. Bridget has over 5 years of experience in the nonprofit field with a proficiency in fundraising and volunteer management. She also has over 10 years of administrative experience.
Bridget created a nonprofit organization to benefit other area organizations that provide services for veterans and first responders. Over the past two years, her nonprofit organization raised over $35,000 for four worthy organizations. As a result of partnering with Camp Freedom through her nonprofit, Bridget began volunteering with Camp Freedom as a way to continue serving those that have willingly dedicated their lives to protect our country.
Bridget has been married to her husband, Mike, for 18 years and is blessed with a son, Landon. Some of her favorite activities include hiking, biking, running, and paddle boarding. 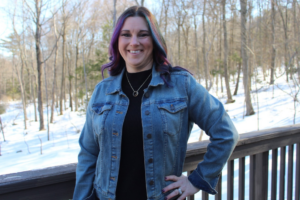 Having over 20 + years in the service industry, Jenn is committed to ensuring the needs of others are not only met, but that their experiences exceed their expectations. She is proficient in sales, marketing, event planning, promotions, and customer service. In her more recent role Jenn devoted her career to highlighting the work and accomplishments of the Armed Forces, First Responders, and their families.  She also volunteered her time in the community serving multiple veteran organizations including Camp Freedom.  Jenn has done work supporting Gold Star families locally and those who have personally been affected by PTSD.
Jenn’s family serves in their community and joins in the efforts to help those in need. Jenn is happily married to her husband Shawn and enjoys spending time with their family in her free time. 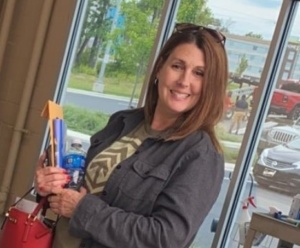 Lori has been a part of Camp Freedom since its inception. Her involvement has become a crucial piece in its planning process due to her involvement in the events that sparked the concept of Camp Freedom which include the National Disability Awareness Shoots and monthly “fun shoots” for individuals with disabilities held at Lehigh Valley Sporting Clays. In addition to her roles as Executive Administrator and Board Secretary for Camp Freedom, she manages the day to day operations at Lehigh Valley Sporting Clays and is continually working on programs to introduce more women, youth, and individuals with disabilities to the shooting sports.
Lori has a great love of the outdoors, is a former Army wife & Marine mom, and has a strong passion for helping individuals adapt and overcome their challenges.  Lori brings 20+ years of experience in travel and event management to Camp Freedom with a strong focus on adventure and adaptive travel. She is a Certified Accessible Travel Associate and member of the Society for Accessible Travel and Hospitality.

Joseph Wahy III has over 30 Years of experience in Emergency Service. He holds certifications as Fire Fighter 1, Vehicle Rescue Technician, Pro-Board certification in Haz/Mat operations, and several other certifications through Harrisburg Area Community College. Joe has served in every officer’s position for the Meredith Hose Company including 15 years as Fire Chief. He also served as President of the Upper Valley Mutual Aid Association. He is currently the Safety Coordinator for United Laminations Inc.
Joe loves the outdoors. He enjoys camping, hunting, and fishing. Joe serves as the President of the Childs Hunting Club. Joe has been married to his wife, Alesia, for 28 years and has two sons, Joseph and Justin. Joe also serves as an ambassador for Camp Freedom.